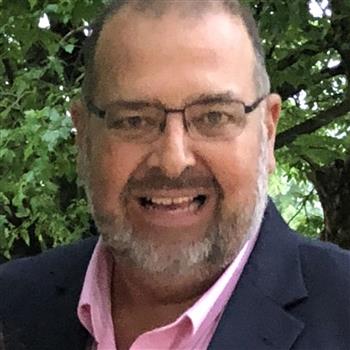 "We have gotten your biopsy results and you have lung cancer." Those words came through the phone and hit me like a ton of bricks. Doubly so, since I had never smoked. But a little voice in the back of my head kept whispering, "It's not if you are going to beat this....It's when you beat it!"

Since that late autumn day over 4 years ago, I have been in a war. A war where the battlefield isn't some far off land, but inside my body. A war fought not with guns and bombs, but with conventional weapons such as chemo and with sophisticated weapons such as TKI'S (medicine in a pill form that targets the specific genetic mutation).

The ALK+ community has been fighting for more research money, including conducting their own grass roots fundraising that goes directly to research. Our goal is to raise $1 million to sponsor research projects conducted by some of the top researchers in the nation. Before any money is allocated, the research projects are thoroughly vetted by the most knowledgeable ALK+ lung cancer experts in the U.S. We have contributors who have agreed to match contributions up to $250,000 this month. Additionally, I am matching all contributions made on this page up to $10,000. With year end coming up, now is a good time to make a contribution that may be tax deductible (depending on your individual tax situation).

Please join me in this battle. We must win this war. My life, as well as you and your children's lives, could hang in the balance.

1. DGDiana And Allen Gallop
Love and prayers for continued progress for healing.

15. MWMike And Nan Whitehurst
Clark, you and your family inspire us all with the strength and positive attitude you maintain in the fight with this illness.

17. ;j;lkasdflk Jasdflk;j
18. ?Anonymous
19. SBStephen Beer
Keep moving forward, Clark!
20. MCMark Cerny
21. ?Anonymous
Keeping you in our prayers Clark, and family!
22. DMDave, Connie, Jonathan & Mary Margaret Morris
You are not alone in this fight. Many warriors are in your camp. We celebrate the opportunities you have taken to make special memories with your family and look forward to many more. Blessings, Love and Prayers.

23. EEEmily Evans
Thoughts and prayers continue for you Clark and the robust work that is being done to fight this disease!

25. DLDavid & Cathy LaBianca
We join you in your celebration of life and hopes for a long future to enjoy family. Our second grandchild was born this year and David is thankful for every year he is free of his cancer.

26. TTim & Linda
For Clark and all the other cancer warriors.