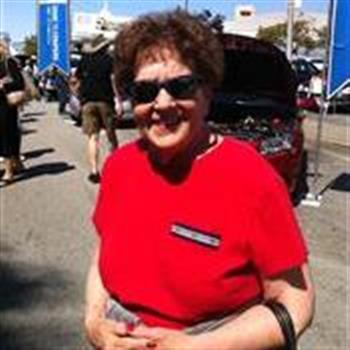 In Loving Memory of Bobbie Morrissey

Bobbie a San Francisco Native, graduate from Notre Dame High School (Belmont) and the College of San Mateo. She relocated to San Mateo and began her professional career with Pan American Airlines. She then moved on and began a rewarding career in Silicon Valley. She took advantage of an opportunity that she was given to work at Visa. As a valued member, she advanced quickly and retired as a project manager with 20 years of service at the young age of 62.

Bobbie took full advantage of retirement and fulfilled her love for travel. Cruising, trips to Hawaii, Mexico and summers at Chambers Landing (Lake Tahoe). Bobbie was also a 49er Faithful with a cameo on ESPN, sporting all her gear! You could find her at every home game through the good times and the not so good ones. Bobbie had a personality that was larger than life and will be greatly missed!

A celebration of Bobbie's life will be held at 11:00 am, on Thursday, January 25, at Sneider & Sullivan & O'Connell's Funeral Home in San Mateo. In lieu of flowers, please consider donating to the Bonnie J. Addario Lung Cancer Foundation (1100 Industrial Rd #1, San Carlos CA 94070), in Bobbie's honor.