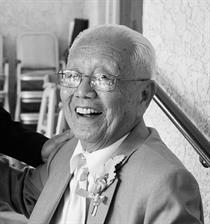 Cuong Bao Lieu passed away from lung cancer on September 14, 2017, in the presence of family and loved ones. He lived an interesting life, growing up with nothing, and starting over each time after escaping the Chinese Civil War and the Vietnam War. He aided numerous Vietnamese refugees in their escape from communism, including his own family, at the risk of his own life.

After three attempts to escape, and narrowly missing severe persecution, he fled to the U.S. by way of Indonesia. Once in the U.S., he became a proud American citizen and sponsored approximately 150 refugees, provided them with a home, and offered them support until they were able to seize the opportunity to get on their own feet. He was a fierce, strong, and a well respected man.

He is survived by his wife, Anh Phung Luong, his children Hai Lieu, Chan Lieu, and Kien Lieu, his daughter-in-law Kathyrn Lieu, and granddaughters Christina Bui and Victoria Lieu, and their husbands Aaron Weaver and Darius Leung, respectively. He was preceded by his grandson Oliver Lieu in 2004. In lieu of gifts and flowers, we ask that you donate to this foundation in honor of his life.