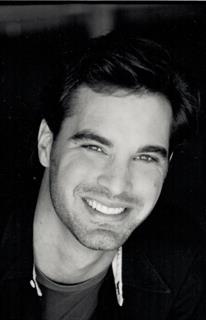 Welcome to My Page

In Memory of Douglas Freimuth

Thank you for visiting. This cause is very dear to me, and I'll appreciate all the support I can get! Together we can make a difference! Best - Lori and the Freimuth Family.

Douglas A. Freimuth, 50, formerly of Denver, CO passed away on July 27, 2017. He was the beloved son of Erich J. Freimuth, M.D. and Joan M. Freimuth, M.D.; loving brother of Loren Aguiar, M.D. (Eric Aguiar, M.D.) and Erich J. Freimuth, Jr.; also survived by many Aunts, Uncles and cousins. Doug will be remembered for a deep love of family, friends, and his long-term partner Lori Carroll, as well as the great outdoors. A beautiful soul that followed his heart throughout life, he had a smile and personality that would light up any room. Doug traveled the world living and working in Argentina, Milan, Dallas, NYC, Nashville, L.A., Vancouver, and lastly in Denver. In L.A., he worked as an actor; an accomplished guitar player and singer, he recorded several albums. Doug was a professional level fly fisherman who taught and guided trips in Argentina and the western United States. He was heavily involved with Project Healing Waters Fly Fishing. This organization is dedicated to helping veterans achieve peace and emotional health in nature via fly fishing. He spent much time with friends on rivers around the world, and was especially fond of the Umpqua river in Oregon, and the Dean River in British Columbia. An avid sportsman, Doug found great pleasure in golfing, skiing, and men’s club ice hockey. He loved his Flyers, Eagles, and Phillies teams. The forever friendships he created through his life’s journey was his greatest gift.