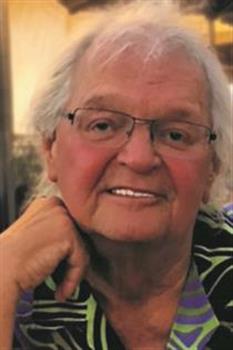 Steven J. Tripka, 74, passed away in Tucson on June 29, after a three year battle with multiple cancers. He is survived by his wife, Bonnie Bradford, as well as two sisters in NJ. Steve was the youngest of eight, including six sisters and one brother. He grew up in Garwood, NJ, and later moved to Murray Hill and Bernardsville, before retiring in Tucson.

Steve attended Stevens Institute of Technology in Hoboken, NJ on a full NASA Scholarship, graduating with a Masters Degree in Electrical Engineering and later pursuing other advanced degrees. He spent his career working for Bell Laboratories, Bellcore and Telecordia on military projects and telecommunications.

Steve was an avid hunter and fisherman and especially enjoyed his annual fishing trip with high school buddies! As an enthusiastic volunteer with Trout Unlimited, he enjoyed teaching fly fishing to young kids at the local fish hatchery and assisting with stocking trout in NJ streams. As an excellent gourmet chef, Steve loved to prepare fish and game entrées and delicious desserts. He and Bonnie were members of various gourmet dinner and wine tasting groups. They also were avid travelers and went all over the world, enjoying many diverse cultures.

Three years ago, Steve and Bonnie moved to Tucson where they both loved the Sonoran desert and made many new friends. Memorial donations in Steve's name may be made the Bonnie J. Addario Lung Cancer Foundation, whose goal is to transform lung cancer into a chronically managed disease.